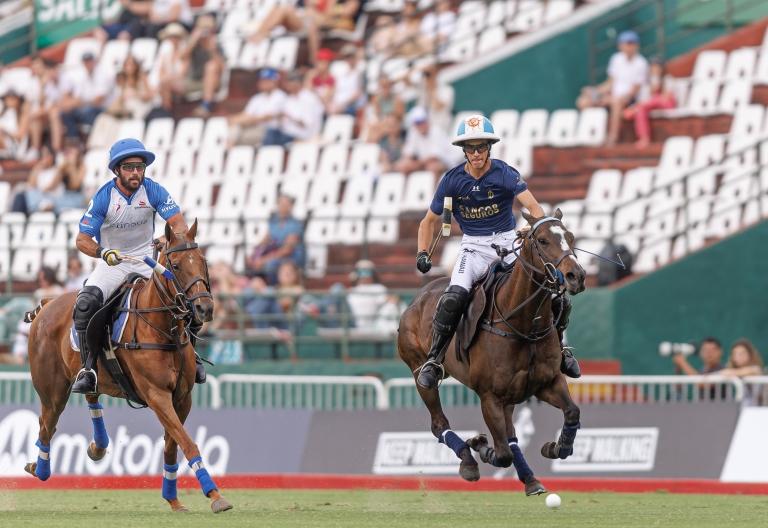 At the start of the eighth day (fourth in Zone B) of the 129th HSBC Argentine Polo Open,   La Dolfina Saudi (again with the Brazilian Pedro Zacharías instead of the Uruguayan Pelón Stirling) thrashed La Irenita Clinova 23-4, he stayed with the Cooperative Cup of the Military Hospital; and calmly awaits the match next Sunday the 27th against Ellerstina Turismo Felgueres , a team that will play next, at 4:00 p.m., against Cría La Dolfina , in a match in which the La Martina Cup will be at stake.

There were no equivalences between the Cañuelas team and the second team of the Mac Donough organization. With an impeccable match by Poroto Cambiaso, who equaled his father by scoring 17 goals in a match at the Palermo Open, La Dolfina achieved an unappealable victory that leaves it in a position to play a "semifinal" next Sunday.

Poroto, who had a shot blocked with 15 seconds to go and a corner kick at the last moment of the match, was very close to equaling Agustín Merlos, who is the only polo player to score 18 goals in the Argentine Open. scored in 2006 while playing for El Paraíso.

The teams and progression:

The formations for the second match of the day: